The Center for RNA Biology would like to congratulate the following students selected for this years fellowships: Kenzie Bevins – Kearse Lab, GeunYoung Sim – Nakanishi Lab,  and Olga Golubeva – Accornero  Lab. Thank you to all of our outstanding applicants for applying. We are looking forward to a productive year! 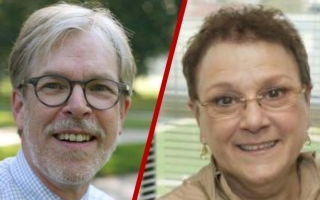 The Center for RNA Biology would like to congratulate the following students selected for this years fellowships: Jackson Trotman– Schoenberg Lab, Anne Witzky– Ibba Lab, Sarah Choudury– Slotkin Lab, and Gabriel Silver d’Almeida– Alfonzo Lab. Thank you to all of our outstanding applicants for applying. We are looking forward to a productive year!

The Center for RNA Biology would like to congratulate the following students selected for this years fellowships: Blythe Moreland– Bundschuh Lab, Kiel Tietz– Amacher Lab, and Danny Dayeh– Nakanishi Lab. Thank you to all of our outstanding applicants for applying. We are looking forward to a productive year! 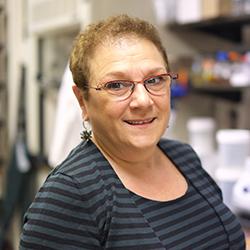 A leader in RNA research for four decades, Anita Hopper, professor and former chair, Department of Molecular Genetics, has worked to understand tRNA biology in the budding yeast model system.

She and her research teams have made some startling, paradigm-shifting discoveries along the way. In the 1970’s, Hopper’s lab reported isolation of the first eukaryotic mutants defective in tRNA biogenesis, and later identified numerous gene products involved in tRNA nuclear export and biogenesis.

Hopper’s use of a broad array of the tools of genetics and molecular biology, along with visualization techniques, allowed her to see that yeast tRNAs are aminoacylated while in the nucleus — a key step in regulating their export to the cytoplasm — and the paradigm-shifting tRNA retrograde pathway by which both yeast and vertebrate cells trigger cytoplasmic tRNAs to accumulate in the nucleus upon nutrient stress or tRNA damage.

This helped set the stage for a better understanding of the role RNA — the most ancient form of nucleic acid — plays in cell development. Today, RNA is a powerful tool used by biologists, mathematicians, physicists, chemists and medical and agricultural researchers to answer important, fundamental questions.

In May, Hopper will receive the ultimate professional tribute to the impact she has had on that field — the RNA Society’s 2015 Lifetime Achievement Award — recognizing “outstanding contributions to the RNA and scientific communities.”

“I am extremely honored and humbled by this prestigious recognition by the RNA Society — an international group of more than 1,000 members dedicated to fostering research and education in the RNA sciences,” Hopper said.

Ohio State’s Center for RNA Biology Director Dan Schoenberg, said, “Anita is a leader in applying genetics to RNA biology, and in doing so made groundbreaking studies on transfer RNAs (tRNAs). Of her many discoveries perhaps the most exciting is that of retrograde tRNA transport, where in stressed cells tRNAs move from the cytoplasm to the nucleus.

“She also is one of the most active members and supporters of the Center for RNA Biology, where she participates in many of our educational initiatives and plays a leadership role as a member of the RNA Steering Committee.”

Hopper is not known just for her research — although that would be enough — she is celebrated as an exemplary role model, mentor and cheerleader for colleagues, especially junior scientists.

In the eight years that Anita Hopper chaired the Department of Molecular Genetics — she stepped down in September 2014 — she encouraged, inspired and created a supportive atmosphere that attracted and retained some of the country’s top researchers.

Hopper has received many recognitions for her outstanding contributions to science and education; in 2008, she was elected fellow of the American Association for the Advancement of Sciences; in 2009, she received the RNA Society’s Lifetime Service Award; and in 2012, the Ohio State University Distinguished Scholar award.

And, of course, there was Anitafest.

In June 2014, more than 300 noted RNA researchers from around the world — as far away as India and Poland — came together to honor Hopper at Anitafest.

“Her impact goes way beyond her lab,” one colleague said. “I didn’t work with Anita, but she helped me figure out how to be a scientist. Her enthusiasm and energy played a big role.”

We are pleased to announce that Anita Hopper has been awarded the RNA Society’s 2015 Lifetime Achievement Award.

Dr. Hopper is professor and recent chair of the Department of Molecular Genetics at Ohio State University in Columbus. For the past 40 years she has worked to understand tRNA biology in the budding yeast model system. In the 1970’s her lab reported isolation of the first eukaryotic mutants defective in tRNA biogenesis, and later identified numerous gene products involved in tRNA nuclear export and biogenesis. Dr. Hopper has employed a broad array of genetic, molecular biology and visualization techniques to show, among other things, that yeast tRNAs are aminoacylated while in the nucleus–a key step in regulating their export to the cytoplasm–and the paradigm-shifting tRNA retrograde pathway by which both yeast and vertebrate cells trigger cytoplasmic tRNAs to accumulate in the nucleus upon nutrient stress or tRNA damage. Most recently she has employed genome-wide sequencing to uncover the mechanism of tRNA intron turnover and possible alternative tRNA nuclear export pathways. She has been a leader in her discipline and a role model for junior scientists. Anita was awarded the Society’s lifetime service award in 2009 for her many years of service as board member, president, committee member and conference chair. We are now pleased to add the achievement award to her list of honors.

We hope you will join us in congratulating her, as well as joining us at RNA 2015 in Madison to help us celebrate Dr. Hopper’s lifetime of achievements. 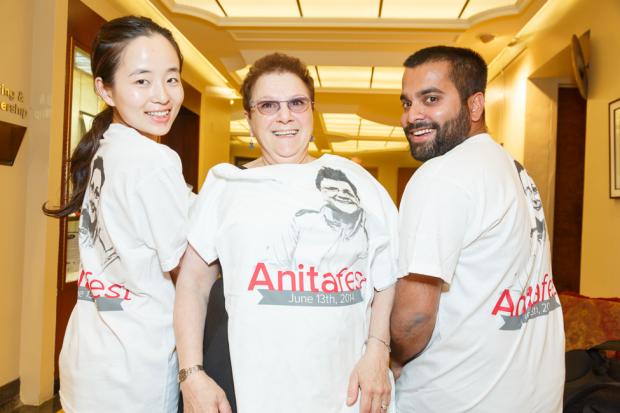 Scientists with expertise studying yeast, RNA, tRNA, and genomics gathered at the Ohio Union in June 2014 to take part in a special one-day symposium hosted by Ohio State’s Center for RNA Biology.

Dr. Hopper has worked at Ohio State since 2006 and was a recipient of The Ohio State University’s Distinguished Scholar Award in 2012.  Her research focuses on the interaction of tRNA and proteins within cells.

For additional pictures of the event, please visit http://rna.osu.edu/resources/pictures/.

The Center for RNA Biology is please to announce the winners of the 2015 Fellowship Awards. This year’s applicant pool was very strong and we would like to thank all of those who applied. This years award recipients are: Kyle Mohler- Ibba Lab, Katie Anderson – Alfonzo Lab, and Bradley Howard from the Musier-Forsyth Lab. As always, we look forward to a year of exciting work. Congratulations to each of you!

The Center for RNA Biology would like to congratulate the following students selected for this years fellowships: Anna Newman- Meier Lab, Alice Duchon- Musier-Forsyth Lab, and Mike Allen- Henkin Lab. Thank you to all of our outstanding applicants for applying. We are looking forward to a productive year!

The Center for RNA Biology is the home of 40 labs with a broad range of RNA-related Research. Our Center facilitates a monthly seminar series held on the second Tuesday of the month during the school year. Our Seminar series hosts world-renowned speakers from around the country to talk about their scope of work in the RNA field. The Center for RNA Biology also has a Student Organization as well as a competitive Fellowship Program. Please contact us for more information. 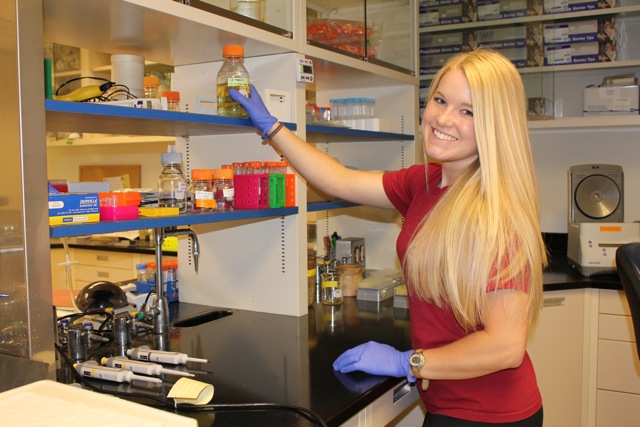